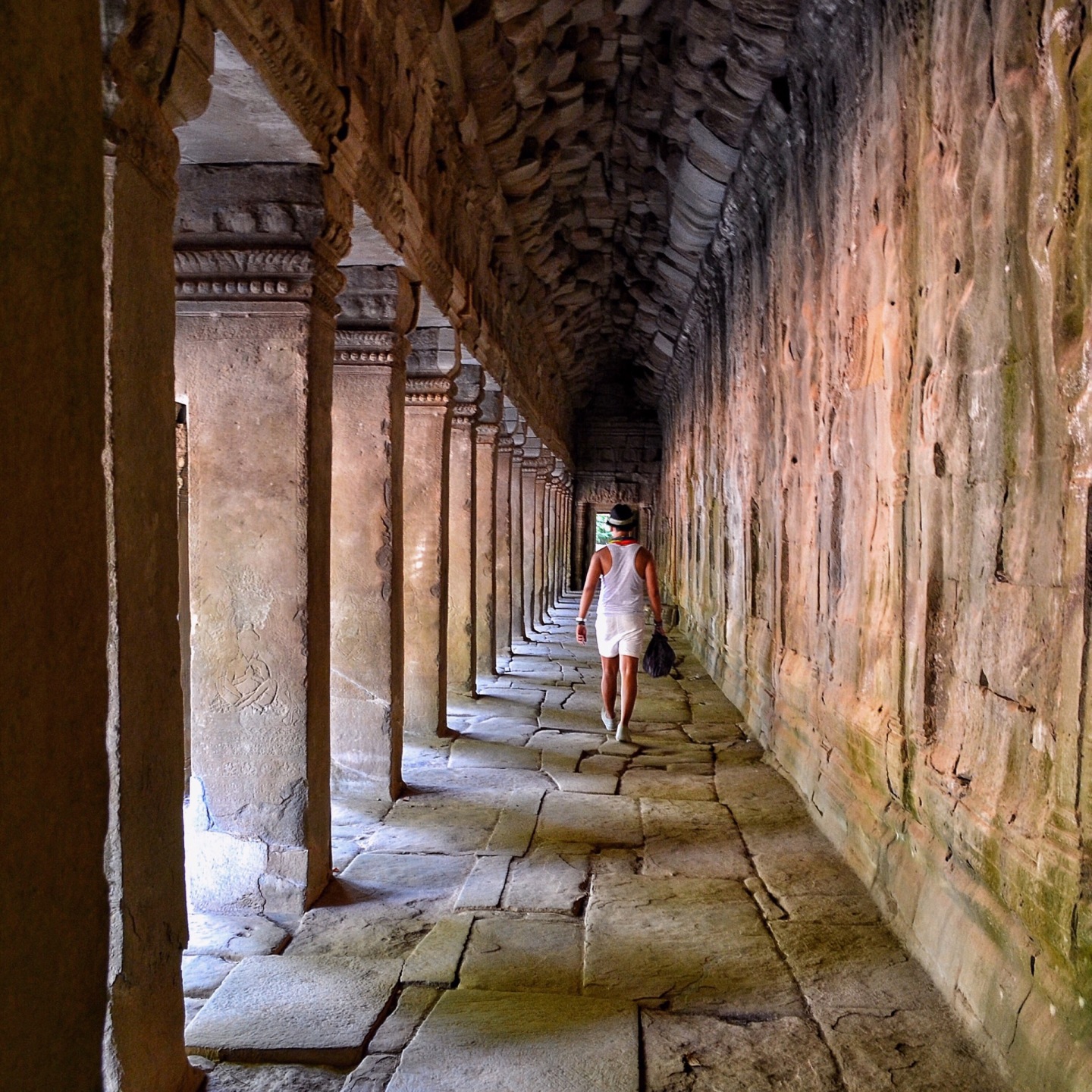 I would say, at least once in your life, you should grab your bag and pack for Cambodia. I can’t think of any reason why this beautiful country (on its own merits) wouldn’t deserve an entry to your bucket list.

From the time i watched Tomb Raider back in 2001 (ikr, i’m so mean and shallow,) but seriusly this place has immediately earned a spot on mine so i went there last year and here’s my 3 reasons why Cambodia should also be in yours as well.

If you are to ask me how to describe Cambodia in a word, i would’ve given you that answer almost immediately as that was my first impression which led to be true enough as i enjoyed my 4 days visit. But what is Time-Warp?

“It’s an illusion in which time appears to stand still.”

It’s probably because i’m asian that was raised and lived in the Philippines (with similar economic status back then) and it felt like i was transported back in time during my elementary days in the province where life was so simple and technology seemed to be less prominent.

I was feeling melancholy and at the same time nostalgic on how fast our modern lives turned out to be because of technology. Melancholy, because i wonder how many more years it would take Cambodia to catch up on how we live our modern lives nowadays.

It’s surprising to see their billboards on highways about the latest machinery to plough the field instead of new season’s trend in fashion, gadgets or any lifestyle as what i normally see in Philippines and here in Singapore. There’s also this restaurant by the river of Mekong in Phnom Penh that i spent an afternoon for lunch and was again surprised to see that they use hand towels (literally) in their washroom to dry your hands instead of paper towels or toilet rolls and dryers.

In the city capital as well, Phnom Penh, there’s not much of skyscrapers and you can tell from how it looks that the country is really under development stage.

Also took a minibus from Phnom Penh to Siem Reap and for most of that 5 to 6 hours ride, 90% of the road we took was still un-cemented / non-concrete, to think this is a major tourists road.

Those are some of the things i observed which makes me claim that they’re so backwards in living. I’m not saying it’s a bad thing in fact i find it good and it kept me reminded on how we lived our lives before and i think it’s a good thing that we can still experience those things at least in Cambodia. It’s probably not just the norm I’m used to (at least to where i live.)

2.) ANGKOR WAT (AND COUNTLESS OTHER TEMPLES)

If Eiffel Tower is to Paris, Empire State is to New York, Taj Mahal is to India, then Angkor Wat is to Cambodia.

“Angkor Wat is a temple complex in Cambodia and the largest religious monument in the world. It was originally founded as a Hindu temple for the Khmer Empire, gradually transforming into a Buddhist temple toward the end of the 12th century.”

Estimated construction time of the temple is 30 years by King Suryavarman II, dedicated to Vishnu (Hindu.) I was blown away to see Angkor Wat honestly. It was very majestic and grand right from the outside just seeing the wide moat surrounding the temple. 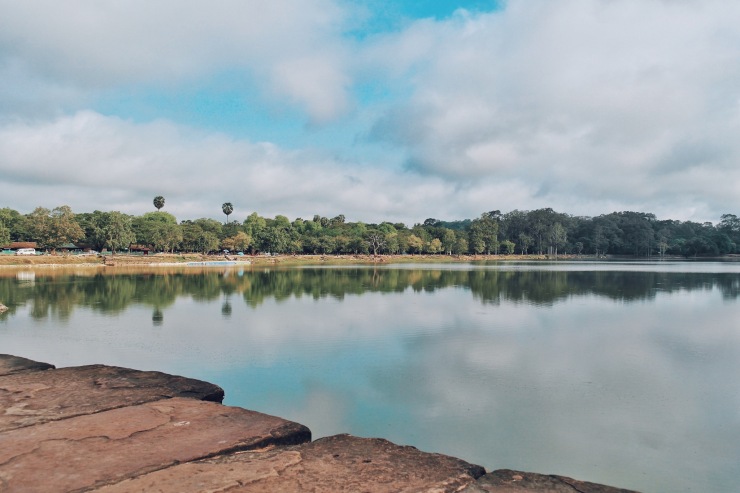 Majestic and grand because you can tell right from the outside that this enormous land was really built for a king. Probably i wasn’t expecting anything when i decided to go there. All i have was just the will to see it in my own eyes.

Another reason why Angkor Wat in Cambodia deserves your visit is because it’s in UNESCO’s World Heritage List.

Angkor is one of the most important archaeological sites in South-East Asia. Stretching over some 400 km2, including forested area, Angkor Archaeological Park contains the magnificent remains of the different capitals of the Khmer Empire, from the 9th to the 15th century. They include the famous Temple of Angkor Wat and, at Angkor Thom, the Bayon Temple with its countless sculptural decorations. UNESCO has set up a wide-ranging programme to safeguard this symbolic site and its surroundings. 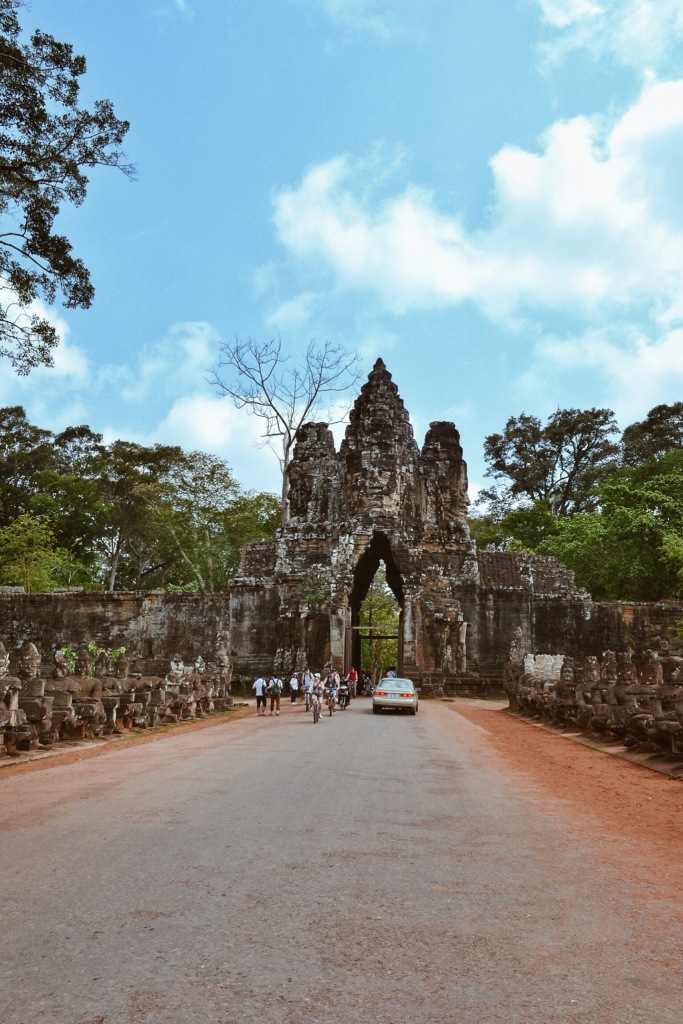 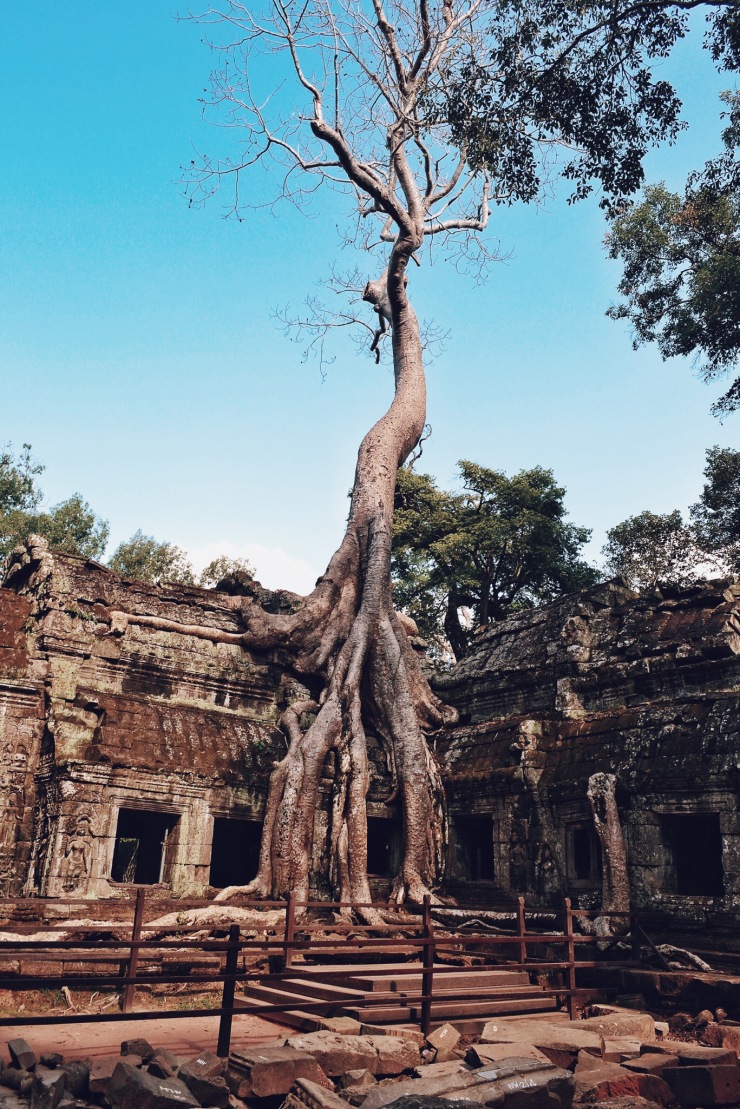 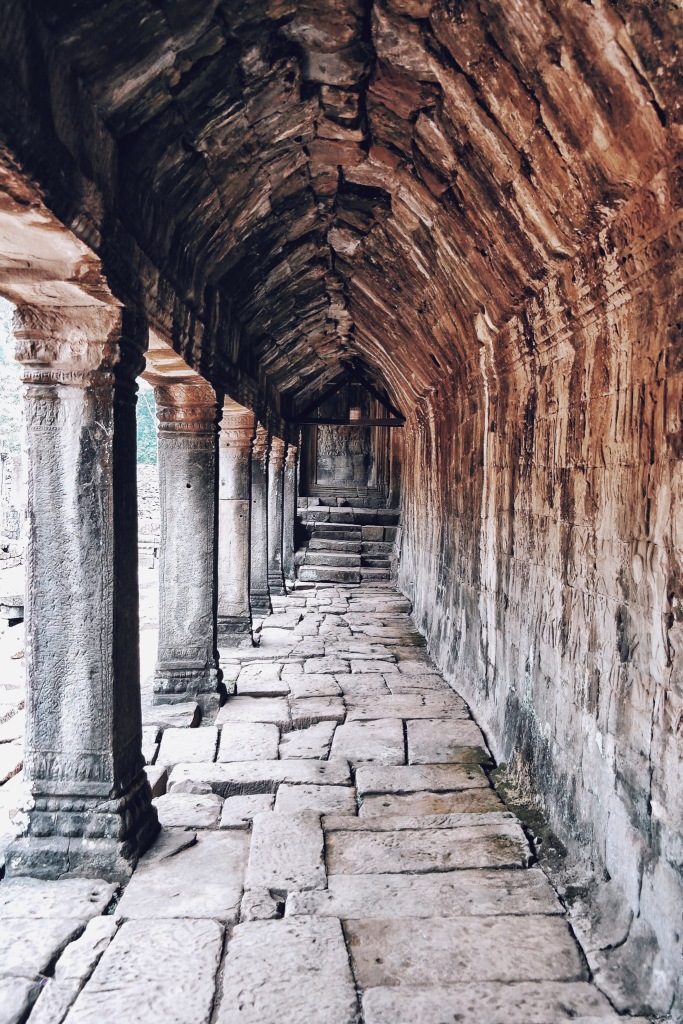 I could’ve posted more photos but i wanna save some space on my free wordpress account, but if you want to see more of Cambodia, you can follow me on Instagram @TravelDestinationsBy7AM (don’t worry i follow back. 🙂 )

TIP: Ideally, you need at least 3 days to 1 week to fully explore all those famous temples in Siem Reap but i was feeling greedy of days and time and tried to covered the best temples in a day. And i also noticed, after exploring the entire Angkor Wat (as the first temple of the day,) all the other temples just looked the same and i just couldn’t help myself but be ‘templed-out” so to speak. So i suggest you do your research before you go and decide what are the temples and how many temples you wanna see. Moreover, try to choose cooler months of December when you visit Cambodia but be sure you’re okay to go shoulder to shoulder with tourists as this is the peak month or you may wanna go during months of Apr May but be prepared to have your brains and head cooked by the heat of the sun. But the choice is yours. I’m also adding this link i find in TripAdvisor on Cambodia weather and best time to go. 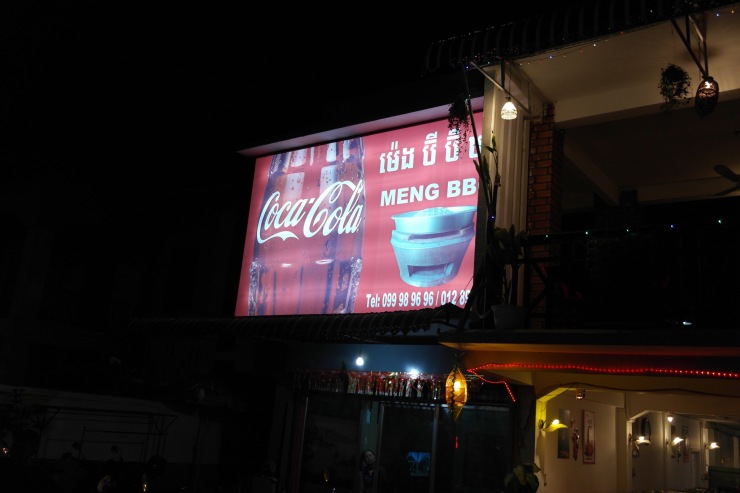 After an exhausting day of long walk of miles and miles and acres across all those 12th century structures, you must treat yourself a Khmer Massage and head straight to Meng’s BBQ afterwards.

Khmer Massage — is like no other. I’m addicted to massages. In fact whenever i go on holiday or vacation it’s always part of itinerary and i experienced Thai, Balinese, Swedish, Korean but Khmer massage like i mentioned is like no other. I couldn’t tell you why but i strongly suggest you try for yourself if ever you go to Cambodia. I also can’t remember the place i went to but you can check out this link i found for Best Khmer Massage in Siem Reap.

Meng BBQ — “Great Value, Great Service” is all Trip Advisor and I could say. Where can you find a buffet restaurant for 6USD? Only in Siem Reap. This place is too good to be true. The food is overflowing and i assure you you will go back to your hotel with a happy tummy.

TIP: Honestly, walking around Siem Reap under the heat of the scorching sun is really tiring and exhausting. But i can tell you it’s worth it cause it’s not everyday you can see those temples, and truthfully, they’re all really admirably fascinating. So just prepare a comfy and light clothing and bring a bottle of water for hydration. And finally, that’s why you deserve a treat after a long day of walking and i can’t think of any other ways to relax but experience both of my #3.

So there you have my 3 reasons why you have to include Cambodia in your list. But just a recap in case you’re still not sold to it, first, experience a trip-down-to-memory-lane or experience TIME-WARP, second, Angkor Wat which is one Unesco’s World Heritage Site and finally, enjoy Khmer Massage and Meng BBQ.

What about you? what made you decide to visit Cambodia? or you wanna add something on my list? I’d like to hear ’em.

With all the Love from Cambodia,